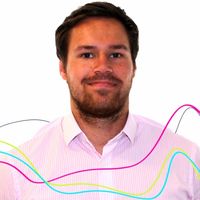 Alongside Salesforce Administrators, Salesforce Developers were named by Indeed in the top 10 most advertised jobs compared to the previous 4 years. As someone who has recruited in the Salesforce ecosystem for the past 5+ years, I’m often asked: ‘what’s the market like?’, to which one of my common responses is: ‘high in demand, short in supply’.

It’s no secret, that technical Salesforce skills are highly sought after (as supported by Indeed), but how and where do you find individuals with those skills (also known as purple unicorns/squirrels)? It’s my job to help you not only find these rare species, but also to secure them for your organization. I outline below my top tips for giving yourself the best chance of accessing this niche talent pool.

1. The Brief – At the beginning of the process it’s important to outline the responsibilities of the role and formulate the essentials vs the desirable.

A candidate is likely to make a move for a role they deem challenging and a step up, therefore, they are unlikely to possess all the necessary skills to do the job from day one. Whereas, a candidate with all the skills is probably already doing this job in another organization and is unlikely to want to make a sideways step. Is Lightning experience necessary? Do they have to be certified? Do they have to have worked as part of an Agile development team previously? Have a clear understanding of what the non-negotiables are and where you have some flexibility.

Also, think about the dynamics of your team and where the strengths and weaknesses lie and be adaptable – could you utilize someone in your team for some of these job responsibilities if you saw somebody who could add value where you currently have a gap elsewhere.

2. Agencies – don’t worry this isn’t a shameless plug! I do, however, recommend considering specialist help when it comes to sourcing Salesforce Developers. Generally, this is a passive talent pool and you won’t find candidates active on job boards or applying to job adverts. You and your HR team won’t have time, or potentially the tools, to run a dedicated search, whereas an agency will.

Also, it’s likely that your Preferred Supplier List will be unfamiliar with Salesforce and it’s associated candidates, if so, consider doing some market research on Salesforce recruiters/agencies and employing 1 or 2 who specialize solely in this field.

3. Process – ‘time kills deals’ is a phrase often used in sales and it’s generally true. You may not consider yourself as a sales person but you are essentially selling yourself, your team, your role and your business to potential candidates and the longer you take to do so, the more likely they are to have found something else. At the beginning of the process, outline the key stakeholders and who it is essential for the candidate to speak to/meet before a decision is made.

With developers, I’m often asked whether a technical test should be part of the interview process. In my opinion, a technical screening through questions is more efficient than a test – a test often slows the process (completion and review) and can lead to the candidate becoming disinterested and disengaged, however I do understand its merits in some situations.

4. Think outside the UK – Personally, I’ve had a bit of success recently tapping into the European market and relocating individuals to the UK (whilst we still can!).

It’s initially important to ensure an individual is committed and fully motivated to relocating. Once this is confirmed, they are often proved to be well educated and highly skilled resource who are keen to part of UK's excellent Salesforce community and the vast opportunities available to Salesforce talent.

Be flexible on how your interviews can be conducted (Skype/Zoom/Hangouts etc) and don’t be rigid on stating that your candidates have to have worked in the UK previously – Is working in France/Italy/Spain really that different to working in the UK?

5. Flexibility – Along with the ‘what’s the market like?’ question, probably the other most increasingly common question I hear is ‘do they offer flexibility?’ By flexibility, I don’t just mean remote working, I’m also referring to flexible hours.

At the beginning of my recruitment career in 2013, it was a rarely asked question, but it’s now one asked by candidates more often than not and evidently something that is highly valued. By offering flexibility, you’re also likely to increase not only the size of your talent pool, but the diversity too.

I’ve seen businesses have success where they’ve allowed a weeks hours to be worked over 4 days rather than 5 to reduce childcare costs, or flexi time to cater for school drop offs, whilst some just enjoy a lie in (like me)!

6. Salary – Often the elephant in the room. Candidates will move roles for 5 main reasons – The role itself, location, environment, career progression and money. Whilst you don’t want to be attracting candidates purely for money (an organization whose sole attraction point is salary is probably not a great business!), it is an important factor in an individuals decision making criteria.

IT Jobs Watch show over the last 6 months the average advertised Salesforce Developer salary to be 60,000 – but this is just average. Making a move is always a bit of a risk, so as well as making the move logical for the other reasons previously mentioned, it also has to be financially attractive.

7. Contractors – I recruit exclusively for permanent Salesforce resource so I promise there’s no bias on this tip! In all seriousness, I’d strongly recommend considering the contractor candidate pool early in your search.

Contract Salesforce Developers are a lot more freely available than their permanent counterparts and depending on the urgency of the vacancy, you can hire an interim, whilst you run a search for full time resource in the background – a contract is only as long as the notice period. Some might say, it’s easy for me say because I’m not the one holding the purse strings, however, think of the impact it will have on your business in terms of cost if you didn’t have anyone in place for 3/6/12 months? Would this be greater than if you’d have hired a contractor to deliver these key projects?

Whilst there’s still other factors to consider (projects, training/support, progression), and the above ‘recipe for success’ isn’t fool-proof, it should give you and your business the best possible chance of securing that purple unicorn.

I’d love to hear about challenges that your business has faced, or things that have worked well for you in the past when sourcing talent. Feel free to drop me a call (02039295865) or email (z.harvey@lawrenceharvey.com) to discuss further!

Salesforce, a review of 2018
Zak Harvey