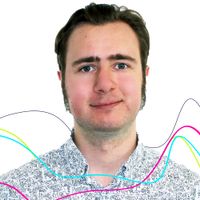 “And in other news…” Joked the chap next to me mid-keynote at OpenWorld Europe, “Oracle will soon be rebranding as ‘Skynet’!”

I can see why one might feel overwhelmed hearing “Your fridge will know much milk to order for you, and order it!” for the nth time, but personally I hold a more optimistic view of the future impact of IoT. Indeed, the central focus I took away from OpenWorld Europe was the need to understand technology’s wider societal impact and how Oracle’s product focus has developed accordingly.

Leo Johnson’s (PWC and host of Radio 4’s ‘Future Proofing’) talk was of particular interest to me, which discussed the four most likely techno-economic models to exist in and after the era of automation. Johnson’s key argument was the economy of the future will be shaped by the levels of innovation and centralisation resulting from the decision made by firms, governments, and societies in the immediate-term. I’ve spoken before about my views on automation, but one statistic that stood out was the value of I.T to society even in raw economic terms. According to Oracle’s Mark Hurd the figure is 3% of total global GDP.

Andrew Sutherland (Oracle) spoke excellently on the accelerating rate of innovation, and how visible this is within the tech sector. Most importantly, Intelligent Business Applications have Machine Learning built in and Automated Tools have been developed to assist with moving from on-prem solutions to the Cloud. Matt Bradley (Oracle) added that Apps will soon understand the relevance of the activity they perform and Machine Learning will be able to identify algorithms within their usage to remove human bias.

Automation and Robotics were also hot topics in the exhibition hall, and I enjoyed seeing the practical applications of blockchain technology within logistics, shipping, and security. On the topic of the practical application of technology, one of the best talks I saw was that of Yves Bernaert (Accenture), which he gave on stage whilst his own mobile phone broadcast onto the giant screens to demonstrate the use of augmented reality. Bernaert's speech focused on five main points:

1) Citizen AI – as a society we must raise robots of the future as we currently raise children.

2) Extended Reality – What was Science Fiction in 2001: A Space Odyssee is now real.

3) Big Data is being replaced by Data Veracity – knowing data is accurate and being assessed without bias is more important than the quantity of data points.

4) Friction-less Business – I.T Solutions are built to partner at scale.

And, in my view, perfectly encompassed how I.T should be considered and judged in 2019.

I also enjoyed Jason Sahota's (Charles Taylor InsureTech) point that given the important of Machine Learning, Analytics, and Chatbots to the future of Insurance (and indeed, all sectors), "moving to the Cloud really isn't that scary".

Refreshing too was Oracle's market message throughout the event. I don't think it would be controversial to state there had been some significant resistance to moving to Cloud from Oracle's community over the past few years, but it was noticeable throughout OpenWorld that the Cloud Products of Today and Tomorrow are being much better received among the user group. I expect this is partly due to improvements resulting from increased product maturity, but it was also clear that Oracle had been far more effective in demonstrating the benefits of Cloud (many grounded in automation) than in previous years.

Many old truisms were disproved during the event. Grant Thornton's talk Myth: FCC cannot replace HFM was so popular it was run twice to a full room, and highlighted the advancements in FCCS which now allow for improved customisation, and many workarounds to restore previously-lost functionality. Tony Mather (AWE) eloquently explained how, if used correctly, Cloud solutions can be as safe (or safer) than on-premise solutions, dispelling an old cliche. Simon Bain (Shieldio) was also full of praise for Oracle's platform, explaining how security features are turned on by default, unlike with other vendors. Luke Halliday (Wood Group) added to the Cloud discussion with the excellent point that in order to be successful, Cloud Adoption has to be fitted around wider business strategy – this was supported by Elsa Alves's (Oracle) presentation 'The End of Ownership 'which touched on the move to a 'Recurring Relationships' business model and Oracle's works in this area.

It struck me that Oracle's focus throughout the event had kept these developments in mind and built OpenWorld Europe around keeping IT relevant to the firms using it. This was also supported when speaking to attendees, estimated to be 7,000 Oracle employees and 7,000 community members (60% UK, 40% Remaining-27…) on each day. I heard from multiple sources (though haven't yet had confirmation) that the success of the event was such that Oracle has committed to another five OpenWorld Europe events to be held at the London Excel Arena.

The event finished with an excellent closing keynote from comedian Eddie Izzard. Izzard drew on his own experiences to deliver lessons relevant to all, and I particularly liked his description of how he started his career in comedy with no prior track record of major shows and found it less daunting by 'borrowing confidence from my future self'. Izzard's theory ran that, if I believe I can do something, why should I be worried by the fact I haven't yet done it? I don't think it's too much of a stretch to say this can be applied to Cloud Transformation and to assure you that there is nothing to fear!

… But, just in case things don't go quite to plan, I (and my future self) welcome our new Robot Overlords.

Keynote Scenarios of the future: Leveraging technology to amplify our intent – Leo Johnson, PwC Disruption Leader Focusing on the rapid shifts in technology and disruption across every market, Leo will explore four ‘scenarios of the future’ and argue that technology is not the answer, but more the amplifier of our intent. How can we use the arsenal of technologies we have at our fingertips to solve the problems of the many? And why it’s our responsibility to start today. 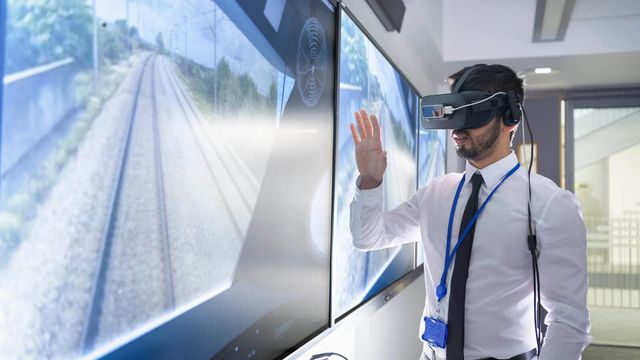